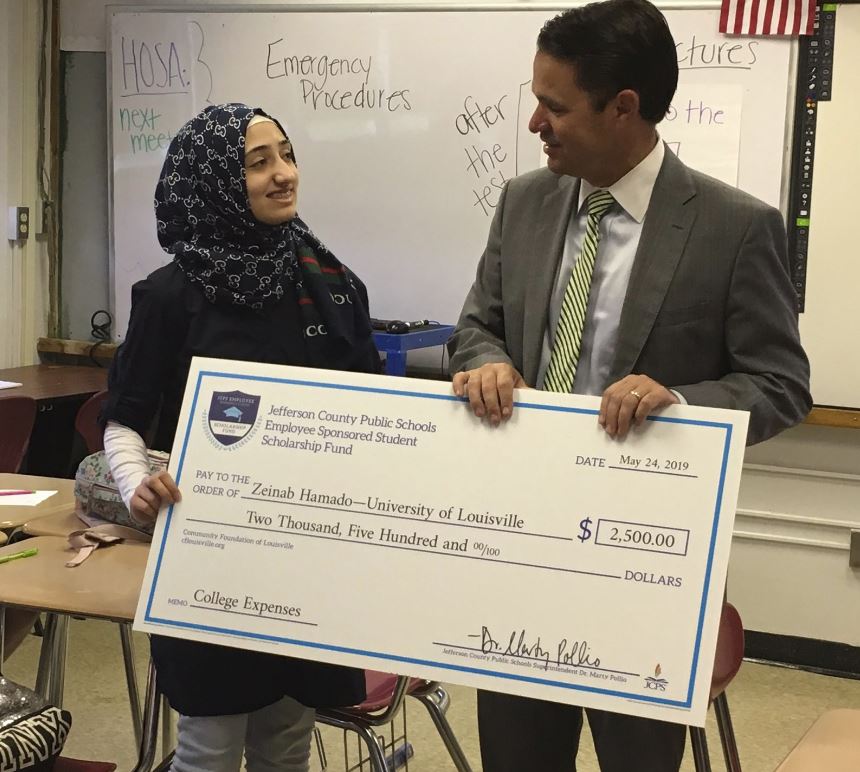 Zeinab Hamado fled from her native country of Syria in 2012 after her family's home was bombed.

"Our big and beautiful house was destroyed," she said. "We moved to Turkey and we lived there for four years. I had to learn Turkish and adjust to a new way of life."

Then her family moved to the United States in 2017.

"It was strange and hard to move to another country and a new community because everything was so different," she said. "The culture was different, the language was different—I didn't know any English, so I struggled a bit with school at first."

Hamado's goal was to "learn English very well so I could help others."

She was first placed at the Newcomer Academy and within a year, she was able to transition to Waggener High School. 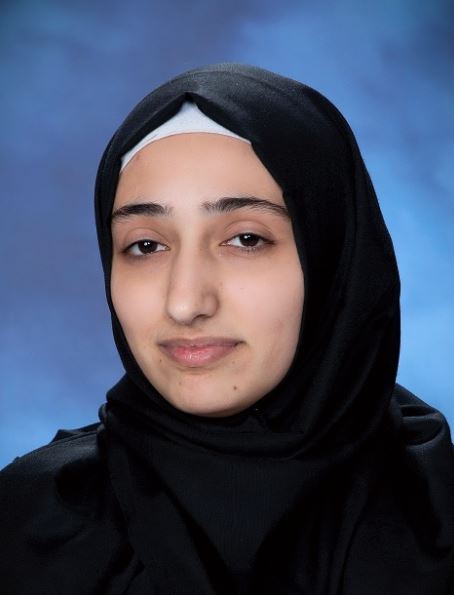 "Due to the number and type of credits that she had earned, she was originally placed in the Freshman Academy," said Christina Brockman, a guidance counselor at Waggener. "Zeinab and her mother came and met with me to determine how we could accelerate her because she was ahead of the content being taught and older than the other students."

Hamado was reevaluated by the district's English as a Second Language (ESL) office.

"Through that evaluation, it was determined that she had enough coursework and credits to actually be a junior, so we adjusted her schedule immediately and put her on a course of study that put her on track to graduate in 2019," Brockman said.

With the help of her teachers, she began to earn A’s in her classes. When she took the ACT for the first time, she scored an 18.

"I knew I had to do better, so I developed a study plan," she said. "I used ACT books and took a lot of practice tests. By practicing for the ACT, I saw my English skills improve. After a few months, I took the ACT a second time and I earned a 25."

Now that she was comfortable with English, Hamado began working with elementary students at the Islamic School of Louisville. She also started learned Taekwondo.

"I was able to help the kids with their schoolwork," she said. "I ended up volunteering over 150 hours. I am also volunteering in a medical clinic."

It was through this time in the medical field that she found her passion.

"I want to go to medical school, and I want to be a surgeon because I want to help people treat their injuries and diseases," he said.

Hamado has also written a children's book in two languages—English and Arabic—entitled Zeinab Wants to Be a Surgeon.

She will graduate from Waggener on June 8 with a 3.9 GPA and will attend the University of Louisville this fall as a biology major.

This story was originally published by JCPS on May 24, 2019.