Elementary school next to YMCA expected to open in 2023

The new, state-of-the-art elementary school will be connected to the YMCA on West Broadway, and is expected to open in 2023.

“Our students deserve to learn in facilities that aren’t just clean and serviceable, but modern, innovative and cutting edge,” JCPS Superintendent Dr. Marty Pollio said.  “Just imagine the excitement and energy of our students who will get to come here every day. Not only will the spaces be more inspiring and healthier, but investing in these facilities sends the message to our kids that they matter, that they deserve high-quality instruction, and that we are committed to preparing them for success.”

Once complete, the school will hold about 650 students. 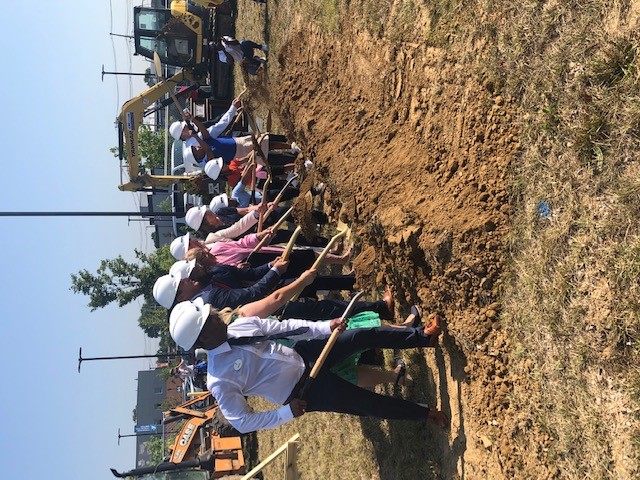 The nearly $28 million project will be attached to the Republic Bank Foundation YMCA. The two buildings will share a gym with the potential to share other facilities. The two-story, 79,180 square-foot school will include 28 classrooms.

“At the YMCA we are so very proud and honored to be part of this unique partnership,” said Steve Tarver, President and CEO of the YMCA of Greater Louisville. “Education is a critical factor in building a healthy community. This collaboration will magnify impact, add value, and improve the future health and overall wellbeing of these students, their families, and our community.”

The school, designed by Luckett & Farley, will also feature flexible classrooms that can be adapted and evolve over time to become maker spaces. Corridors can be used as “collaboration spaces” for different grade levels or small group learning.

In addition, the project will offer numerous energy efficiencies. Among them: geothermal heating/cooling; energy efficient windows and a “cool-roof;” interior and exterior LED lights with occupancy-sensing technology to reduce energy use when rooms are not occupied.

Marrillia Design and Construction is the general contractor for the project. The Lexington-based company met JCPS’ goal for participation of minority/women-owned business enterprises (MWBE) in the construction. Sixteen percent of the subcontractors are minority-owned firms while 29 percent are owned by women.