Approximately 1,200 education leaders from big-city schools across the country are in Louisville for the five-day conference 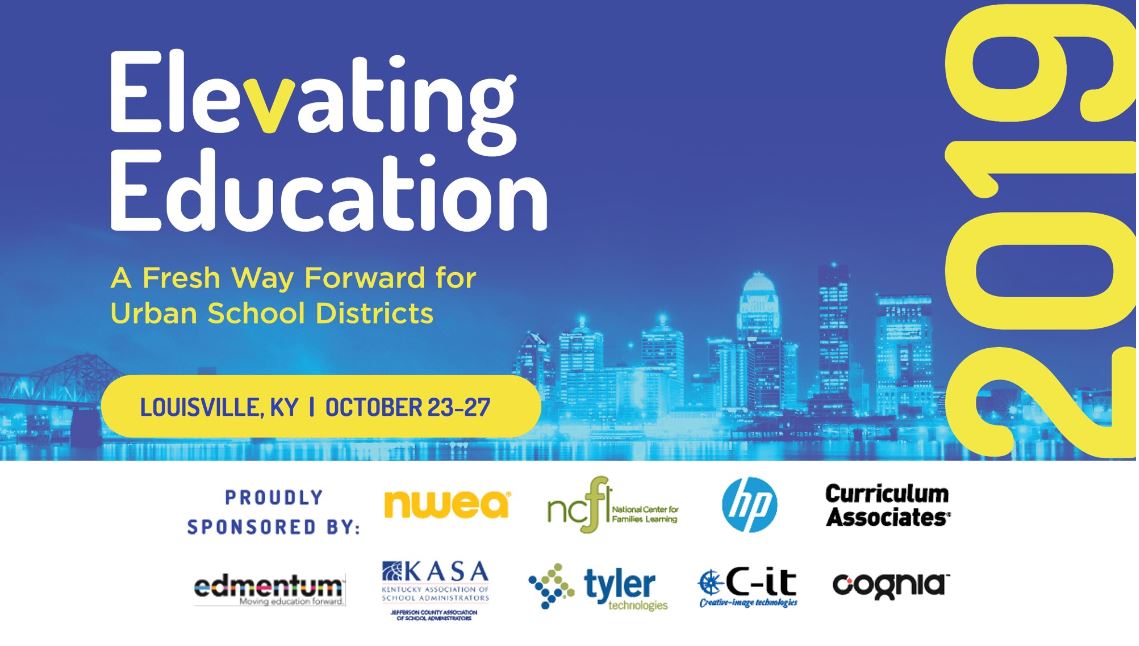 October 22, 2019—Former senior adviser to President Barack Obama Valerie Jarrett, best-selling author and historian Jon Meacham, and 2019 National Teacher of the Year Rodney Robinson will address urban educators during the the Council of the Great City Schools’ 63rd Annual Fall Conference, being held this week at the Louisville Omni Hotel.

The conference—which begins Wednesday with a series of task force meetings and a welcome reception and ends Sunday—will also feature a national town hall meeting on the importance of the 2020 Census, moderated by NPR reporter Hansi Lo Wang.

The town meeting will be Friday, Oct. 25 from 2:30 to 4 p.m. and will include a panel of urban school leaders as well as representatives from the U.S. Census Bureau and national organizations. It will be streamed live here.

"We are proud to host this premier professional-development opportunity," said Jefferson County Public Schools (JCPS) Superintendent Marty Pollio. "Each fall, the council provides urban public school educators with an important chance to spend time together addressing issues and challenges, celebrating successes, and sharing best practices that are sure to spark new ideas as we look for ways to elevate educational opportunities for our students."

Several JCPS officials will be presenting at the conference on a variety of topics, including the district's Backpack of Success Skills, Academies of Louisville, and Racial Equity Plan.

On Thursday evening, the winner of the Green-Garner Award will be announced. Jefferson County Board of Education Chairwoman Diane Porter is 1 of 11 finalists for the award, which recognizes outstanding contributions in urban education leadership and is presented to an urban school board member one year and an urban superintendent the next year. The 2019 finalists are all board members.

The award is named in memory of urban school leaders Richard R. Green, the first African-American chancellor of the New York City school system, and businessman Edward Garner, a former president of the board of the Denver Public Schools. The winner will receive a $10,000 college scholarship to be presented to a student.

More information about the speakers include: