For JCPS students facing homelessness, it only takes one teacher or staff member to help 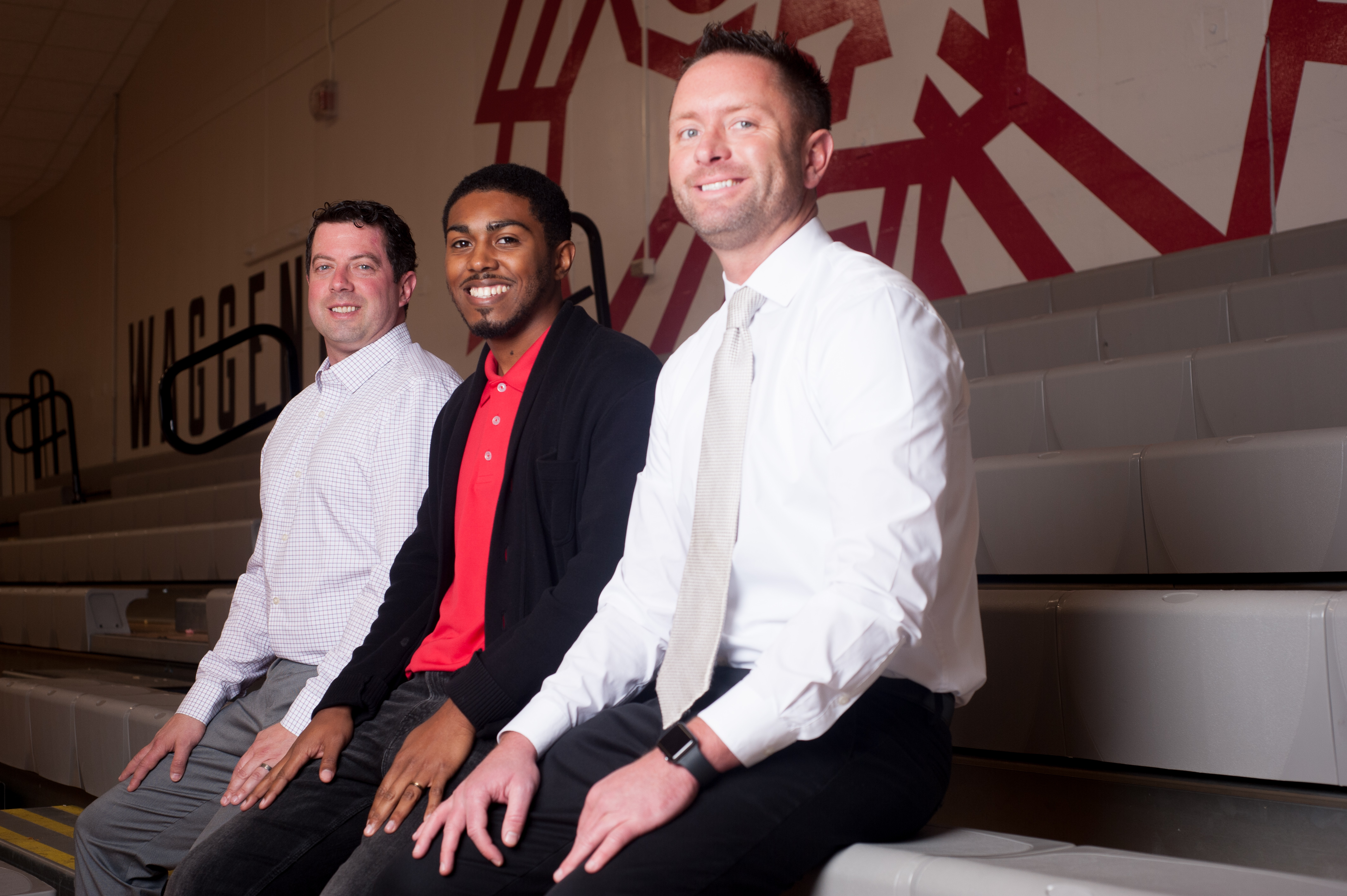 Some of Marcus Stubbs’ earliest memories from childhood are from Klondike Lane Elementary School. He vividly remembers sitting in the cafeteria and sharing ideas with his friends at the lunch table.

“School was always a safe place for me to share my ideas,” says Stubbs, a 2012 graduate of Waggener High School. “It was a safe place where I could believe. I didn’t know it then, but the school would be a cornerstone of hope for me.”

Throughout many times in Stubbs’ life, it would be a Jefferson County Public Schools (JCPS)  teacher or staff member who would come through for him right when he needed them the most.

There was the time at Highland Middle School when he was going through a rough patch. Nothing too serious, but enough to catch the attention of his English teacher, Glenda Mellick, who knew his true potential. 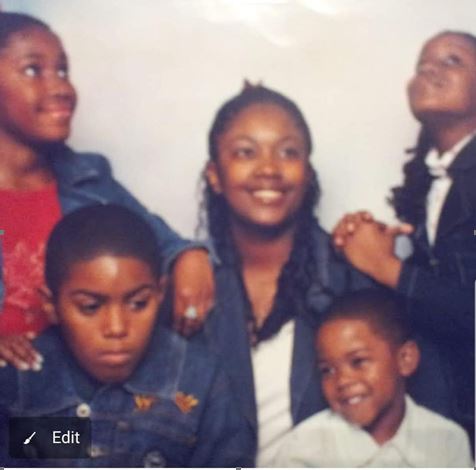 “She pulled me aside and told me that I was different, that I was something special,” he recalled. “She recognized that I showed respect and that I was on the right path and to do the right thing. Her words stayed with me and are still with me to this day.”

Stubbs, now 26, was raised by a single mother. He had three siblings. He describes a pretty typical childhood—his mother worked full time to provide for her family and always did her best to accommodate their needs.

A few times during his childhood, his family would be involved in housing insecurities.

“One day, my mom sat all of us down and told us something that would change everything,” he said. “She told us we were getting evicted from our apartment and we had nowhere else to go. We were going to be homeless. I was homeless.”

For Stubbs, a popular kid who played basketball at Waggener, he was left feeling hurt, scared, and angry. And he didn’t want to share those emotions with anyone—he just wanted to fix the situation and help his family.

A friend referred to his family to a homeless shelter at Volunteers of America, and that is where he lived.

“I was determined to be a provider and get my family out of this situation,” he said. “I would go apply for jobs, but I never wanted to put my address down. I didn’t know how long we were going to stay there, and I felt very unstable.” 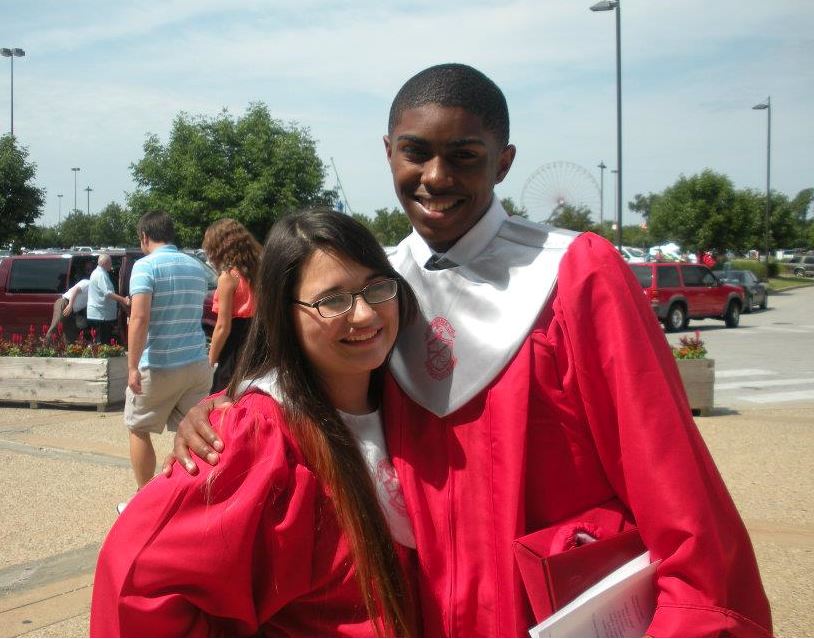 In an effort to find a solution for his family’s situation, Stubbs thought about selling drugs. He had seen other people do it and thought it would help his family move out of the shelter. But then he saw people go to jail.

He also remembered Ms. Mellick’s words: “You are different. You are something special.”

“I had to find another solution,” he said. “But I didn’t find it right away. I was silently struggling in school. I tried to put on a good face, and I didn’t tell anyone about my circumstance. I maintained the illusion that nothing was wrong.”

“I would have him drop me off a few blocks away from the shelter at a place that he thought was my house,” Stubbs said. “A few weeks later, right before the holidays, Coach O’Neill showed up at Volunteers of America to help the homeless and I came face to face with him.”

Stubbs quickly told his coach he was volunteering, too. But he couldn’t hold the truth much longer.

“Within a matter of minutes, I told him the truth and he was shocked,” Stubbs said. “And suddenly, I felt like a huge weight had been lifted. The truth was out. The illusion I had created that everything was okay had disappeared. And Coach O’Neill stood right there by my side, eager to help and listen, just like he always did.”

The following week, Stubbs was called into the counseling office at Waggener and he knew exactly why.

“Coach O’Neill had told the staff at Waggener and at that point, I was okay with it,” he said.

“I told them it wasn’t a good situation,” Stubbs said. “I was so worried about what their response would be. But I felt more supported and cared for by the staff at Waggener than I ever thought possible. The school was once again my safe place.”

Aside from O’Neill, there was Andrew Thomas, who had been Waggener’s Louisville Education and Employment Partnership (LEEP) coordinator at the time, and Rashida King, the school’s College Access Resource Teacher. Thomas is now Waggener’s Freshman Academy principal and King is living in Ohio.

“Mr. Thomas and Ms. King introduced me to options beyond high school,” he said. “They showed me what was possible; they believed in me. They helped me with college applications, financial aid options, and discovering scholarships.”

It was through Waggener that Stubbs found out about a study abroad program in Costa Rica, which happened to be the birthplace of his father—a man who had never been in his life.

Stubbs would finish out that semester with a 3.0 GPA. He was named Homecoming King and was co-Mr. Waggener. By the end of his senior year, his mom had found a stable job and his family was able to move out of the shelter.

After graduation, he went on to Western Kentucky University, where he earned both a bachelor’s degree and a master's degree. While doing his undergraduate work, he traveled to Costa Rica, Trinidad and Tobago, and South Africa.

“That’s when I discovered I wanted to learn more, and it was like Ms. Mellick and my high school teachers were with me again, encouraging me to take things a step further,” he said.

Stubbs is now enrolled in the doctoral program in Education and Social Change at Bellarmine University.

“I want to be a change agent,” he said. “When teachers see kids like me, I want them to believe in those kids. Ms. Mellick, Ms. King, Mr. Thomas, and Coach O’Neill all believed in me. They were the difference makers in my life.”

More than 5,100 students reported being homeless in JCPS last school year. According to Giselle Danger, a specialist for Access and Opportunity, every school is impacted.

Stubbs encourages all educators to look beyond the surface.

Editor's Note: This article is part of a group project from the Class of 2019 Bingham Fellows. This year’s topic is: It Takes A Village -- Mobilizing Community For Student Success. It appears in the November 2019 edition of Envision Equity, a publication of the JCPS Department of Diversity, Equity and Poverty.