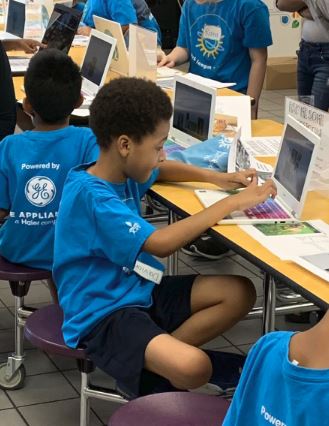 The $1 million investment—aimed at mitigating summer learning loss—allowed students to engage in hands-on, deeper learning experiences that took them out into community for field trips every week.

“We (learned) things that we did not learn about in regular school,” said Romell Weaver, a fourth grader at Lincoln Elementary Performing Arts School, adding that his Mayan Adventure didn’t seem like school at all, even though his teachers carefully folded math and literacy into each daily lesson, which included a scavenger hunt at the Louisville Zoo and a trip to the Food Literacy Project at Iroquois Farm.

In short, JCPS created, opened, and operated a brand new school—housed on the Louisville Male High School campus—that benefited some of the district’s most vulnerable students.

Of the roughly 850 students targeted to participate in the Backpack League, 67 percent came from low-income households. More than half were black or Hispanic. Fifteen percent had special needs, while 5 percent were English Language Learners. 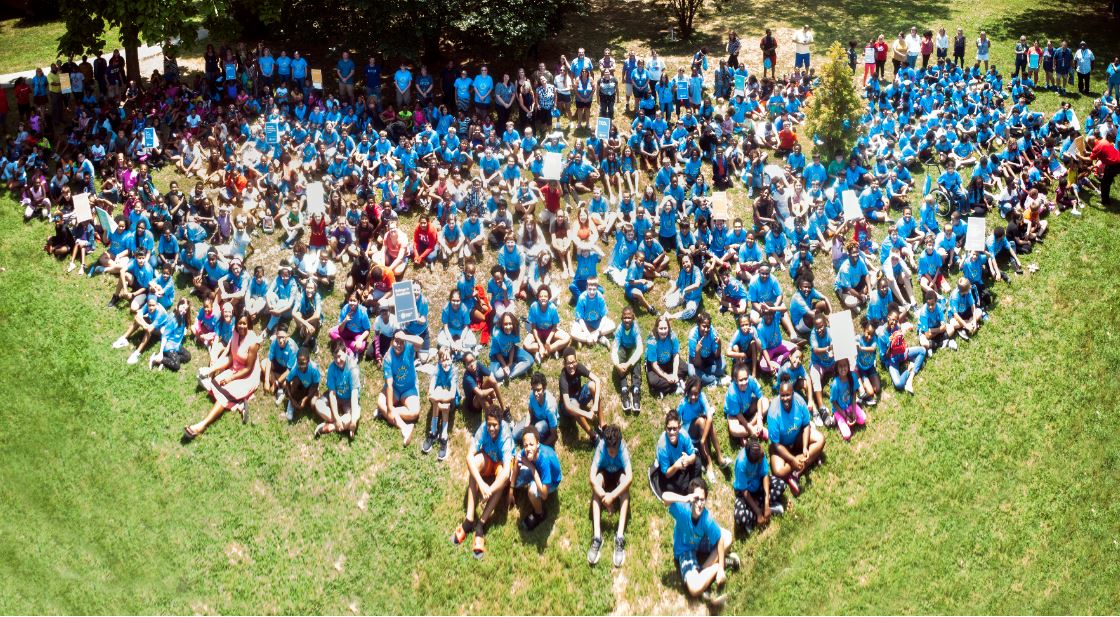 Superintendent Marty Pollio, who has spoken at length about the need for extended summer learning since he took over as the district's leader, admitted that the district had never attempted to do anything like this before with this large of a scope.

“I truly believe this was a game changer for our students who were struggling in reading and math,” said Pollio, who added that Backpack League teachers had access to their students’ Measures of Academic Progress (MAP) test scores from last year, which helped the teachers determine where the students were academically and if they needed additional support.

In terms of design, JCPS turned to its educators. The district provided an opportunity for teachers to explore new approaches—things they might have wanted to do in the regular school year but just hadn’t felt like they had time to tackle or felt nervous to try. 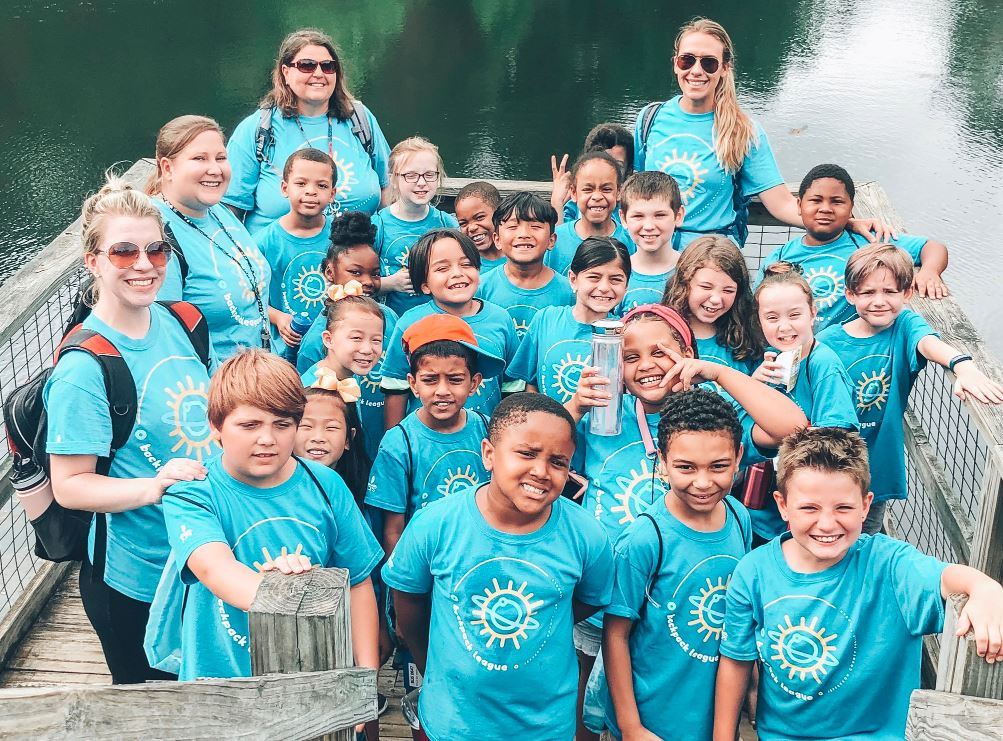 In all, students were able to choose from 23 different adventures ranging from designing parks and geocaching to learning how to play soccer and creating and interpreting literature through art.

As part of the initiative, students were able to upload more than 5,000 artifacts into their digital backpacks, demonstrating their growth as productive collaborators, globally and competent citizens, emerging innovators, effective communicators, and prepared and resilient learners.

A total of 81 teachers and instructional leaders were involved with the Backpack League. Coleridge-Taylor Montessori Elementary School’s Sarah Reed was among them.

The initiative also demonstrated the importance of community partnerships. League students embarked on 68 field trips to different sites throughout Louisville, and many businesses donated time and talent to help.

In the Letting off STEAM adventure, students learned about soccer by designing and building robots from a kit to replicate the soccer players on a team. They also worked with Louisville City Football Club to hone their skills on a real soccer field. 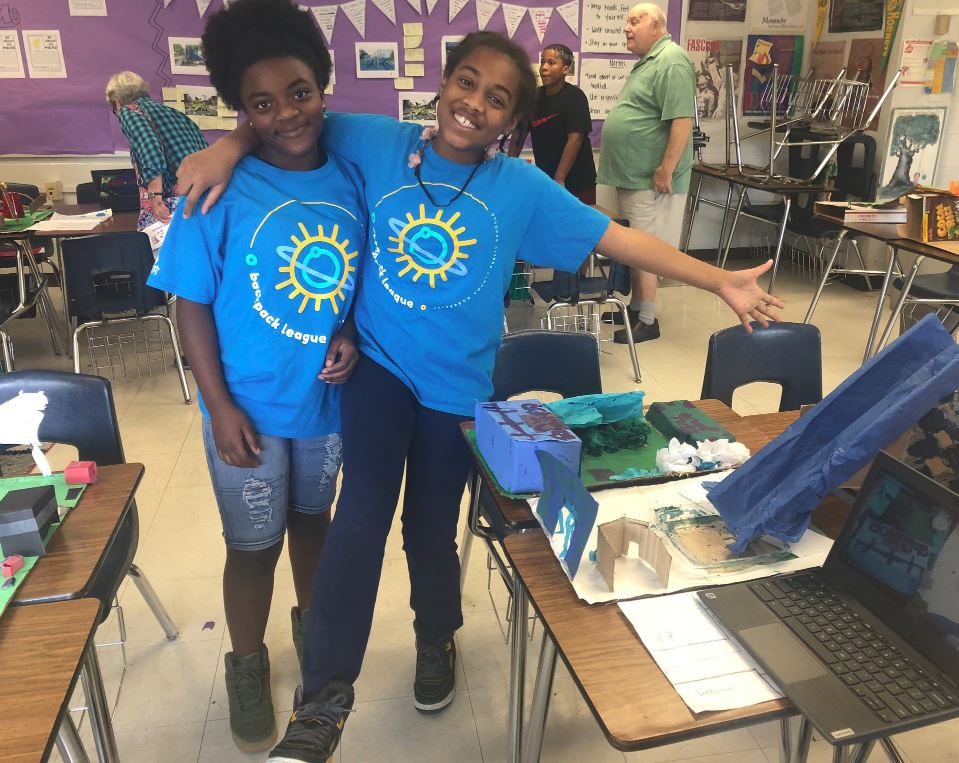 In the WILD About Animals adventure, students worked with the Kentucky Humane Society, Henry’s Ark, and Bernheim Forest to learn about animal habitats. They had visits from a guinea pig rescue organization, a dog trainer, and a pet nutritionist, while also learning how to bake dog treats and make dog toys.

“We designed our adventure to be based on our love of pets in need,” said , both of whom teach at Chenoweth Elementary.

“I wanted our students to become animal ambassadors through math, literacy, and technology,” Reynolds said. “We wanted them to be passionate and have real-life experiences when designing their learning artifacts, all the while supporting the community they live in.”

GE Appliances donated $70,000 worth of Chromebooks, devices that will continue to be used by students when the new school year begins on Aug. 14. Additionally, the company donated two GE smart microwave ovens with scan-to-cook technology, an Amazon Alexa, and approximately 40 cooking kits.

Nestlé, the world's largest food and beverage company, also made a substantial food donation to the program.

At the conclusion of the four-week program, students participated in an expedition of learning where they showcased what they have learned. One group of students presented their projects on social and environmental justice to officials at Louisville Mayor Greg Fischer's office.

After spending a great deal of time visiting the Backpack League, Pollio is convinced that the summer learning initiative is exactly what the district needed and says it will be back next year—bigger and even bolder.

“This is truly a display of what school should be like on a regular basis,” he said.