Lattimore to lead the school until SBDM names principal 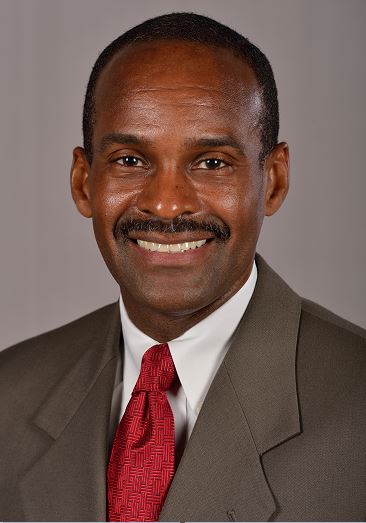 Lattimore, who spent 28 years with JCPS as a teacher, assistant principal, principal, and assistant superintendent, will begin running day-to-day operations of the school on July 30.

"I am looking forward to maintaining the excellence of Manual and helping to ensure a smooth transition as the school searches for a new leader," said Lattimore. "My main focus will be on ensuring that the students and teachers at Manual have everything they need in order to be successful."

In a letter sent to Manual staff and families on Wednesday morning, Assistant Superintendent of High Schools Glenn Baete said he appreciated the support they have provided "during this time of transition."

"Mr. Lattimore is a former colleague of mine and is a highly respected administrator," Baete said. "I know you will welcome Mr. Lattimore, and he looks forward to meeting your families and welcoming you back for another year at Manual."

Lattimore is a native of Plainfield, New Jersey, but has been a longtime resident of Louisville. His career began in Room 210 at Western Middle School as an eighth-grade science teacher. He went on to teach at Moore High School and served as an assistant principal at Louisville Male and Atherton High Schools. Prior to being named an assistant superintendent in 2012, he spent 13 years as principal at Crosby Middle School. He retired from the district in 2016.

Throughout his career, Lattimore earned a number of honors, including the Milken Family Foundation National Educator Award in 2001 and Principal of the Year in 2010.

Lattimore has also instituted a number of programs, including the Men of Quality Mentoring Program, which partners African-American male students with role models from the Omega Psi Phi Fraternity to promote achievement and civic engagement.

He is a graduate of Hampton University and the University of Louisville.

Since his retirement, Lattimore has been coaching principals through the National Institute for School Leadership and also teaching education leadership courses at Spalding University. Over the past two years, he has coached six JCPS principals.

Lattimore admits he never thought he'd come back to the district as a principal, even on a temporary basis, but said he couldn't resist "helping out a district that has given me and my family so much."

Both of his children are graduates of Eastern High School, and his wife, Dr. Sharis Lattimore, is the district's director of Computer Education Support.

"This is a great way for me to give back now," he said.