Has been acting principal since February

He’s been the acting principal at Western High School for nine months. Now, the nameplate on Anthony 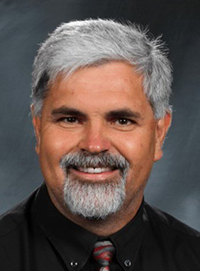 Sieg has been an educator for 30 years. He began his career as a math teacher in Indiana and later taught math and English at Seneca High School. Sieg also served as assistant principal at Iroquois and Shelby County high schools and as a principal at a middle school in Shelby County.

“Mr. Sieg has demonstrated a keen understanding of Western’s improvement priorities and a clear direction to increase student outcomes,” said Accelerated Improvement Schools Assistant Superintendent Nate Meyer. “It was clear during this process how much Anthony cares for the students, staff, and Western community. He has tremendous pride in Western and wanting to make it an exceptional place of student learning.”

Sieg was an assistant principal at Western before being named acting principal in February.

“I am honored to be named the permanent principal at Western,” Sieg said. “We have a great student body and staff. I am excited and looking forward to seeing what the future brings for Western High School.”