'She’s an example of what we are capable of'

November 11, 2020 – Dameia Higgs, an eighth grader at Ramsey Middle School, had followed the 2020 presidential race, watching the debates with her parents.  But as Kamala Harris addressed the nation Saturday night as the first woman, and first person of color, to be elected vice president, the election took on a deeper meaning. 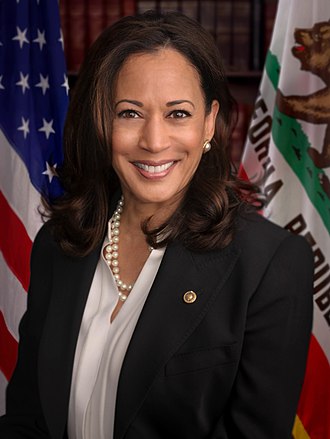 “For me it was a real inspiration,” she said.  “It really just kind of showed me how we, as minorities, were kind of being put in a box as to what we can do.  But seeing her being elected vice president showed me I’m capable of being so much more.”

Dameia said while this is the first election that she had followed, it won’t be the last.  She could even see herself running for office one day.

Many young women across the country, including students in Jefferson County Public Schools, are celebrating Harris’ history-making win as a harbinger of what they can accomplish themselves.

Aaliyah said the impact of this election will be felt for generations to come.  “We know there’s not going to be just one of us” in similar positions of power, she said.  “There are going to be more of us in the future.”

“I think it’s really awesome that a woman of color – and a woman in general – is in that position, because people have been discriminated against for so long and kind of still are,” said Sadie Jeffery, a seventh grader at Ramsey Middle she said.  “It makes me think that in not too long we’ll have a woman president.”

As Sadie watched Harris and President-Elect Joe Biden address the country Saturday night, she said she was struck by Harris’ words that while she is the first woman to hold the position, she knew she wouldn’t be the last.  “I really like how she said that,” Sadie said.  “She said it like she knows it as a fact.”

She added: “I think that’s what the future’s going to look like.”