Week 2 of the 2021 General Assembly is in the books. The House and Senate passed budget bills this week with leaders saying they intend to deliberate on the guts of this year’s budget through the process of concurrence. That means budget discussions will occur in a conference committee with representatives from the two chambers to determine the final version.

Lawmakers have gone home until February 2, leaving seven bills on the Governor’s desk for signature or veto. Lawmakers will continue holding committee meetings during the recess, which are available to watch live online on www.ket.org/legislature.  Here are some issues to watch:

Senator Julie Raque Adams and co-sponsor Senator Gerald Neal have continued to champion this bill that is part of the JCPS legislative agenda. The bill would increase minority representation on screening committees formed when a school district with 50% or more minority student population begins a search for a new superintendent. The bill was assigned to the Senate Education Committee this week. Thank you to both sponsors for their leadership on this issue! You can view the bill here.

A slew of sponsors were added to the Education Opportunity Accounts bill, HB149, this week as advertised by the bill’s main advocate, EdChoice. JCPS strongly opposes this legislation. But with nearly 30 co-sponsors, some of whom have opposed the bill in the past, the opportunity to stop this legislation is narrowing. There are a number of reasons to oppose the bill, including:

Each week from now through February 5, this blog will focus on one of these issues in more detail. Let’s start off with a deeper look at why the bill actually inhibits choice due to lack of accountability.

HB149 does not provide a mechanism for parents to make an informed choice. Kentucky’s private schools are not required to participate in state accountability measures. That means  there is no way to determine which private schools are performing better or worse than their private or public school peers and, in particular, how well or poorly they are  addressing chronic achievement gaps. Other issues include:

Stay tuned for next week’s deep dive on how wealthy families could benefit from the program rather than Kentucky’s poorest families!

Lawmakers have returned to their home districts for the recess period, where they will collect feedback from their constituents and work on draft bills, alterations to current bills, and work on the budget that will be heard in conference committee in the coming weeks. Some committees may continue to meet in the interim, but none have been announced yet. This is a good time to reach out to your local lawmakers with thoughts and concerns on any piece of legislation that has been filed. You can find your legislator here.

Next week’s blog will include another installment on the harmful Education Opportunity Accounts as well as discussions of bills related to vaccinations, COVID-related flexibilities for schools, and increased safeguards related to student use of e-tobacco or vaping products.

Until then, we urge our readers to contact their lawmakers with any concerns they may have related to education. JCPS stands with our families as we continue to advocate for your chldren.

Leadership announced changes to the session calendar Thursday, allowing lawmakers to work Saturday and Monday through Wednesday of this week. During a typical 30-day session, the legislature would work through Friday and then recess until February 2. Section 42 of the Kentucky Constitution bars the legislature from meeting for regular business on Sundays.

As of last Saturday afternoon, the House and Senate had passed more than half a dozen bills through both chambers, and the majority party’s priority bills are moving quickly through the process. This blog will only focus on HB1, HB10 and SB1 as they apply to public education.

Senator Julie Raque Adams filed a bill this week addressing one of the items on the JCPS legislative agenda relating to superintendent screening committees. This is an important step in ensuring minority voices are at the table in the event of a superintendent vacancy. As a member of leadership, Senator Adams will be critical in helping us move this bill into the spotlight. You can view it here. PLEASE take a moment to thank Senators Adams and Gerald Neal for co-sponsoring this legislation that is important to JCPS.

Identical bills filed in the House and the Senate are a reincarnation of previous bills from 2018, 2019, and 2020 that would give individuals and corporations tax breaks for donating to private school scholarships. This year’s pieces of legislation have been expanded to include services for public school families. However, the bills have four major issues. We will explore these in more detail each week from now through the beginning of February. A summary of JCPS’s issues with the bill are as follows:

As anticipated, Governor Beshear presented his budget proposal Thursday evening. The bill language became available shortly thereafter. Every Governor’s budget address is an expression of the administration’s hopes and priorities, but the authority for the state budget rests solely in the hands of the legislature. Yet, Beshear’s proposalsets a tone for what the executive branch believes to be important. Some highlights of the Governor’s budget proposal that could impact JCPS:

What the budget proposal does NOT include*:

*Budget language specifies that these areas were cut to pay for the school-based mental health service providers.

Pending what happens in Frankfort this week, the Kentucky House is on track to pass their version of the budget as early as Monday. All budget bills received their first and second readings and were assigned to the Appropriations and Revenue Committee. The Senate could receive the House bill Monday after passage, give it a reading and assign it to the Senate Appropriations and Revenue Committee, send it through committee Tuesday (and get second reading on the floor), and then be up for passage on Wednesday. The House’s budget proposal is not yet available, but will likely be posted online Monday.

HB1 would allow business, nonprofits, local governments, churches and school districts to remain open and operational through the COVID-19 pandemic so long as they have and follow an operating plan that adheres to Centers for Disease Control and Prevention (CDC) guidelines. Details on how the organization will foster safety and social distancing must be included in the plan, and plans must be posted prominently on the main entrance of the organization or business.

Finally, SB1 would limit all Governor-declared executive orders and emergency administrated regulations to 30 days and prohibit reissuance of emergencies based on the same reason unless the legislature approves an extension. This applies to public education because school districts are required to follow executive orders that apply to them.

Expect this week to be very full even though the legislature is only in session through Wednesday. You can always watch the action live at www.ket.org/legislature.  Please remember that you can call or write to your legislators to express support or opposition to bills that have been filed. You can find all filed bills here and can contact your legislators by calling the Legislative Research Commission’s Legislative Message Line at 1-800-372-7181 or by emailing them here.

Welcome! We are very excited to launch this blog to keep JCPS families and employees tuned into education policy initiatives occurring in the state capitol. The 2021 Session of the Kentucky General Assembly will take place from January 5 to March 30, 2021. The decisions that are made will have a big impact on JCPS, so understanding the process and the issues is important.

Why are we doing this blog? Why now?

Education policy is a critical component to effectiveness in public education, and as we continue to build our advocacy work with our partners across Louisville and Kentucky, we know that you, the JCPS families and employees, are the ones who are at the center of our work. To that end, we want to keep you engaged in and informed about the state and federal legislative process and how that process impacts education.

What Is JCPS Advocating For?

The district’s legislative policy priorities are set annually by the JCPS Board of Education. It is a public document and a public process, conducted in open meetings of the board. The document that results belongs to the Board of Education and tasks me, as the JCPS staff person responsible for government relations, with advocating for our positions.

This year, the board of education directed us to focus on policy in six areas: school funding, employee pensions, educational equity, testing and accountability, reducing board member burden, and student and staff health. Over the coming weeks and months, we will delve into each of these areas in more detail as we report on bills and other happenings in Frankfort. View the full legislative priorities document passed by the JCPS Board of Education.

The General Assembly must pass a one-year budget for FY 2021-22. Any time the General Assembly is tasked with developing a new budget, it dominates the atmosphere in Frankfort. Of particular importance will be any state-funded the budget’s implications on state COVID-19 relief that may couple with any future federal relief package.

There are several education-related topics likely to be considered during the 2021 General Assembly with funding for schools garnering the most attention. Gubernatorial authority during emergencies, COVID-related education waivers, education opportunity accounts (also known as private school scholarship tax credits), public pensions, and academic achievement and accountability will likely be topics of conversation.

Legislators will be working under strict time constraints – it’s a short, 30-day session spread over three months. Leadership has publicly said that the typical bustling flow of bills heard and passed will be slowed to ensure COVID-19 precautions are taken and that the clock does not run out before passage of the major bills that fund the government. That said, expect to see plenty of conversation around no knock-warrants, bail reform and pretrial release, public infrastructure, and broadband quality and accessibility.

A Brief Update from Washington

On the federal level, Congress passed a $900 billion COVID Relief bill on December 21. The bill includes $54 billion in K-12 aid, $4.1 billion in funds for governors to appropriate to public schools and reimbursement money for school food services. We are analyzing the legislation’s potential impact on JCPS but believe it will result in millions of dollars for the district to cover pandemic related costs. 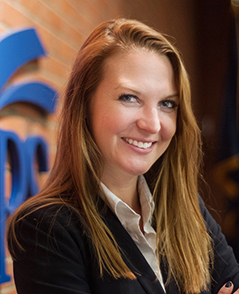 Leadership of the General Assembly