Joseph Marshall appointed to Jefferson County Board of Education

On August 22, the Jefferson County Board of Education (JCBE) appointed Joseph L. Marshall to fill its open District 4 seat. The seat, which represents southwest Louisville, was declared vacant in July after Benjamin Gies resigned from the board.

Marshall, 34, is a teacher at the West End School. A 2007 graduate from the University of Louisville, Marshall previously worked at the Center for Women and Families and as a teacher for Jefferson County Public Schools (JCPS). Marshall has said public schools are “the foundation and backbone of communities,” and applied for the seat to serve the system that gave him his first teaching opportunity. 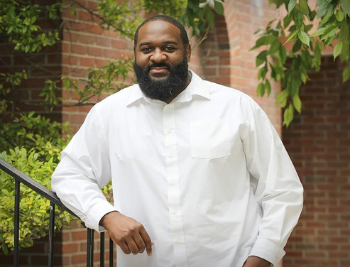 “As a young teacher, they saw potential in me and I see potential in every student, parent, teacher and staff member,” Marshall wrote in his application letter. “If I can show my gratitude through service and support, I am glad and honored to give it my all.”

“Our board was incredibly impressed with the quality of the candidates who applied to fill the District 4 vacancy, particularly the five candidates the board interviewed earlier this week,” Board Chair Diane Porter said. “Mr. Marshall was an amazing candidate, and it is clear that he is passionate about education and student success. He loves children and he tells you that. Everything was guided by education when he talked to us.”

Marshall is tentatively set to be sworn in as the District 4 board representative during the Aug. 27 regular school board meeting.