“Dr. Meyer’s entire career has been focused on serving students and teachers in high-needs schools and leading turnaround efforts in those schools,” Dr. Pollio said. “What Dr. Meyer has accomplished during his tenure at Fern Creek is to be commended, and I am confident our schools throughout the district will learn and benefit from his success.”

Dr. Meyer began his career in JCPS as a social studies teacher at Doss High School in 2003. In 2007, he was named an assistant principal at Fern Creek High School and then assumed the role of principal in January 2014. During Dr. Meyer’s tenure, Fern Creek exited priority status in its first year of eligibility. Fern Creek has sustained the growth and progress over time, and has been recognized nationally for its efforts. 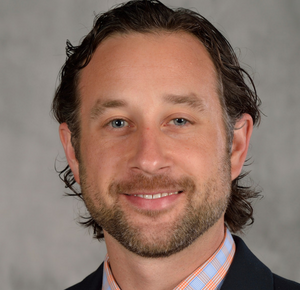 In 2015, then U.S. Education Secretary Arne Duncan visited the school, which was hailed as a model for sustained urban school turnaround. Additionally, Fern Creek was one of five schools nationally to receive the School Change and Innovation Award from the National Principals Leadership Institute. In 2017, Fern Creek received the second annual DuFour Award as the nation’s exemplary model of a professional learning community.

“Fern Creek High School has been recognized for its success, and I look forward to building on the experiences throughout my career to ensure each school is focused on the right work to affect change,” Dr. Meyer said. “I look forward to our work, which will benefit students, stabilize teachers and leaders in the buildings, and build trust with the communities we serve.”

Dr. Meyer is a graduate of Eureka College in Illinois. He received his master’s degree from George Mason University in Virginia and completed his doctoral work at the University of Louisville.

The search for a new principal at Fern Creek High School will begin immediately.